Volkswagen has brought back the quirky five-door in the Netherlands, to celebrate 25 years since the the original Harlequin first came onto the market.

The Volkswagen Polo Harlequin has been revived in the Netherlands as a one-off, in celebration of the eccentric and quirky car’s 25th birthday.

The limited-edition Volkswagen model was launched in 1995 as a promotional stunt, and featured multi-coloured body panels in Flash Red, Ginster Yellow, Pistachio Green and Chagall Blue.

Powered by the optional 1.6-litre petrol engine, it also came with bespoke “joker” seats, alongside a colourful gear stick and steering wheel. 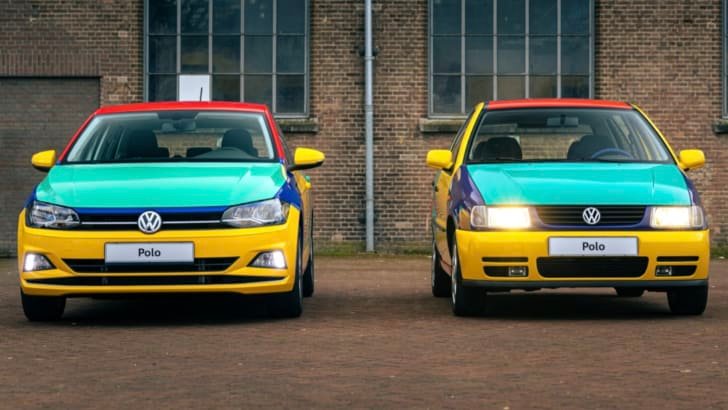 Originally limited to a run of 1000 units, approximately 3800 Harlequins were ultimately built due to unexpectedly high demand in Europe.