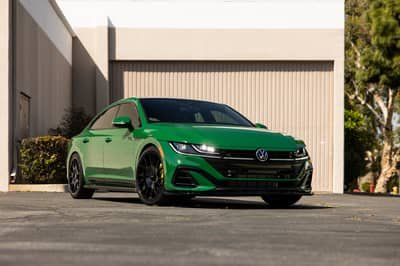 Every now and then, Volkswagen releases a random concept that showcases aftermarket mods and the potential of said model in the hands of someone willing to make some mods. Cars like the Volkswagen Golf GTE HyRacer showed us what was possible with the Golf while the Jetta GLI concept most likely gave birth to a few stunning blue Jettas on the road. There was also the Tiguan SE R-Line Black Rino Concept that somehow blended functionality with a low-rider stance. Now, Volkswagen is growing its enthusiast fleet again with the Arteon Big Sur concept.