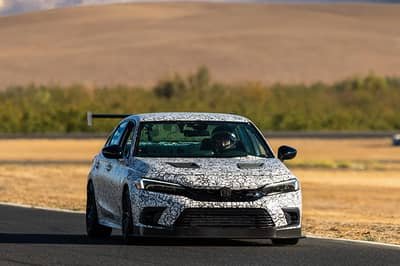 When we talk about performance versions of the Honda Civic, we usually mean the Type-R. With that being said, Honda recently teased us with some videos of the current, eleventh generation of the Civic. The eleventh-generation Civic debuted in April, and now we are looking at the Civic Si, which will follow soon. The car was spotted testing around the Thunderhill Raceway, in California, where it would compete in the 25 Hours of Thunderhill.