It’s a long journey from prototype to production car and the Rimac Nevera has finally completed it with the first delivery going to Formula 1 champ Nico Rosberg.

Not that the Nevera hasn’t already impressed us plenty—the world record setting, Robb Report Best of the Best-winning EV hypercar has already proved its mettle as a highly functional, extraordinarily capable speed machine, as confirmed in our first drive. But delivering a production-spec car to a paying customer is easily the steepest milestone any carmaker faces, and paves the way for the inevitable gauntlet of real world durability, build quality and reliability.

The Croatian-built Nevera touts some astounding specs—0 to 62 mph in 1.85 seconds, nearly 2,000 hp and a seven-figure price tag. Rosberg’s stats aren’t bad either, as his 11 years in F1 included 206 races, 57 podiums, 23 wins and a 2016 World Champion title. The German-Finnish former racer is a near-ideal debut customer for the outrageous Nevera, the first product from Bugatti Rimac, which has helped raise $500M on the company’s valuation of $2B. 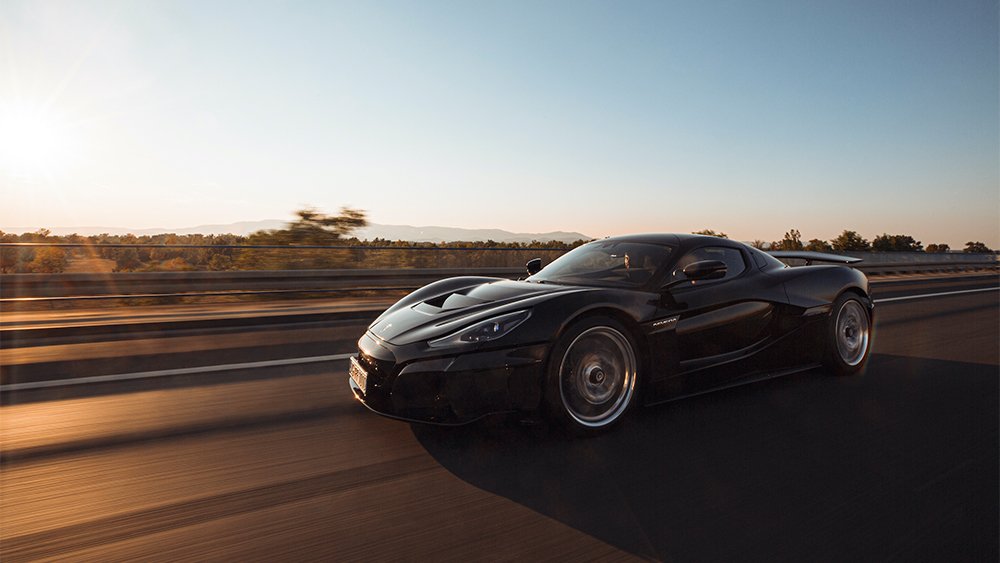 Interestingly, though Rosberg’s 20-minute YouTube video of the delivery process feels like a sponsored sales pitch for the company, he reveals that he foolishly opted out of an early opportunity to invest in the company. Rosberg does, however, express genuine wonder at its organ-compressing acceleration, remarking that a YouTube drag race against a Ferrari SF90 made the Italian supercar look like “it’s some kind of Renault Twingo or something.”

“Ever since I first met Mate and truly understood the genius behind Nevera, I knew I wanted car number one,” Rosberg says in Rimac’s official press release. Based on his business track record, it appears his passion for EV life is real: Rosberg has invested in more than 20 mobility startups, as well as Formula E. Furthermore, his 2021 championship-winning Extreme E race team is currently leading in points. 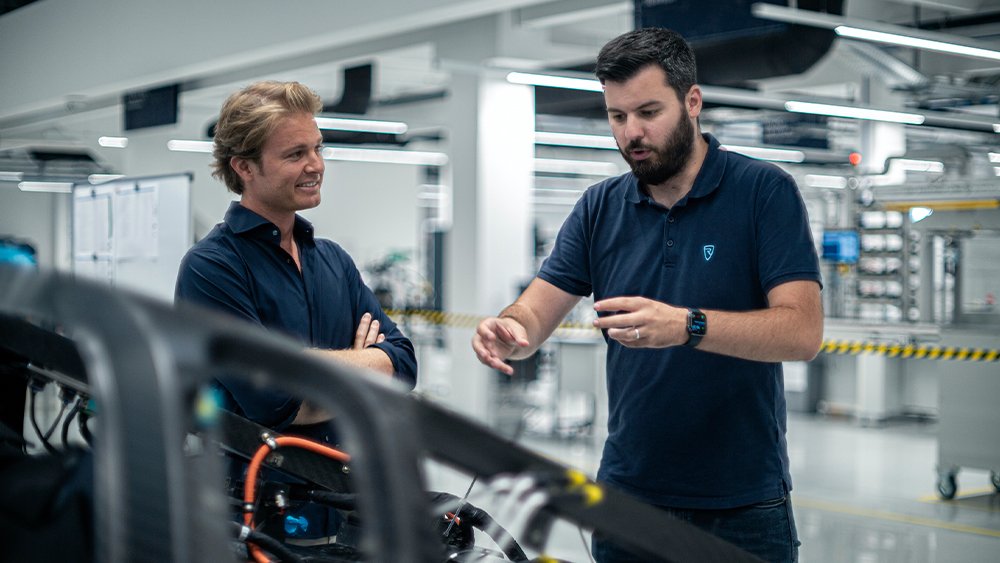 Rosberg and Rimac discussing the Nevera

CEO Mate Rimac adds that “… we set out to build a car that impress even the best drivers in the world. Nico was on that list, and it’s a great feeling to know that someone who has mastered the most focused and cutting-edge motorsport in the world gets such a thrill from the car we’ve created.” Even better? Mate won’t have to worry about bad PR from reckless pileups when the ex-F1 champ maneuvers his new Rimac through the streets of Monaco. We hope.