Skoda has given us another look at the vRS. Just reveal it already, guys!

Skoda has released a teaser video of its upcoming Kodiaq vRS, set for a launch at the 2018 Paris Motor Show.

The video shows the car in its hero Race Blue colour, which will be available exclusively on the vRS model.

This is the first time the car has been shown without camouflage, and as expected, features a more aggressive grill, along with full-LED headlights.

The Kodiaq vRS is set to be powered by a 180kW, 500Nm bi-turbo diesel engine shared with the Volkswagen Tiguan.

While performance specifications are yet to be released by Skoda, the Tiguan with the same engine manages the 0-100 sprint in 6.5 seconds. Expect the Kodiaq vRS to be slightly slower, due to a higher kerb weight than the Tiguan.

The Kodiaq vRS is also set to come with a host of standard equipment, including the Volkswagen Group’s Virtual Cockpit, four-mode adaptive suspension and those LED headlights as standard.

In a first for the brand, the Kodiaq vRS also will features the brand’s Dynamic Sound Boost system, which plays engine noise through the car’s speakers depending on the drive mode selected.

Despite not being released, the Kodiaq vRS has already set a record for the fastest seven-seat SUV around the Nürburgring Nordschleife, completing a lap in 9:29.84 minutes. 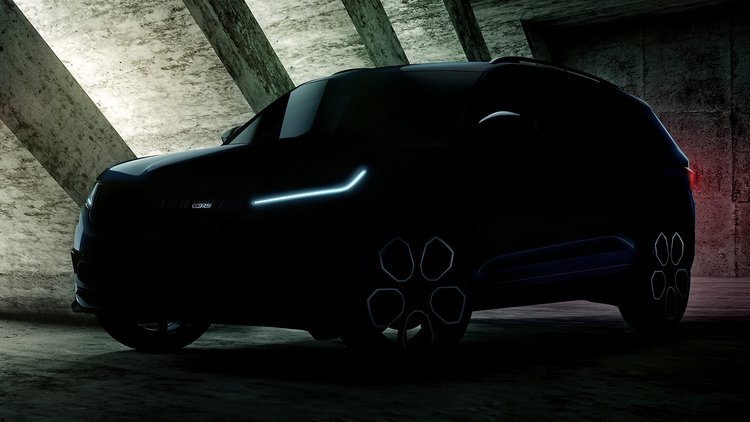 Speaking with CarAdvice, Paul Pottinger, communications boss for Skoda’s local division, said the Kodiaq RS is an unlikely starter for Australia – at least for the time being – as the 176TDI is currently not available for ‘hot climate’ regions like Australia.

However, Pottinger noted that the Australian arm of the Volkswagen Group is “actively addressing” our region’s ‘hot climate’ designation, which is also responsible for locally-bound Volkswagen Golf R models being detuned compared to their European equivalents.

When asked if the Kodiaq RS will be offered with a second powertrain, such as the 206TSI petrol available in the Superb, Pottinger said it’s “unlikely” for such a “specialised vehicle” to be offered with two engine options.