Hyundai and Kia’s three-row hybrid family SUVs will arrive in Australia in early 2022 – a few months later than expected.

Previous confirmation from Kia Australia and Hyundai Australia had placed the Sorento Hybrid for a local launch around mid-2021, followed by the Santa Fe Hybrid in the second half of 2021 – though both manufacturers now expect their Toyota Kluger Hybrid rivals to arrive locally in the first quarter of 2022 (January to March).

Hyundai Australia has opened the possibility for the hybrid Santa Fe to launch in the fourth quarter of 2021 (October to December), though semiconductor- and COVID-related constraints – along with similar delays on a number of recent Hyundai new-model launches – will likely see the first cars arrive in 2022.

Both hybrid models are powered by the same 132kW/265Nm 1.6-litre turbocharged four-cylinder petrol engine, paired to a 44kW electric motor and a 1.5kWh battery pack, and a six-speed automatic transmission to send 169kW to the front or all four wheels. 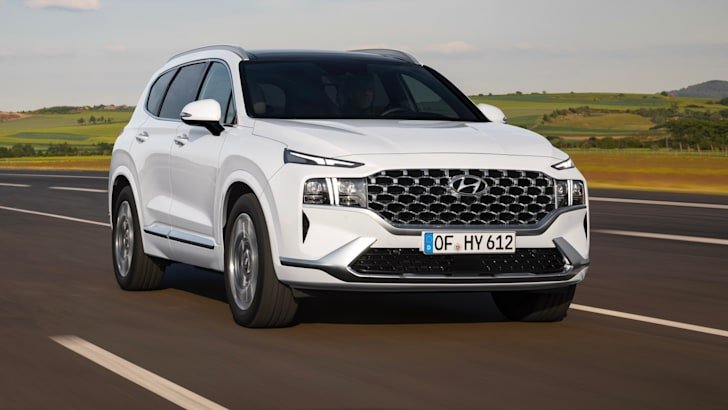 Fuel economy claims for Australia have yet to be confirmed, though using Korean figures as a guide, expect both vehicles to claim combined consumption figures of 5.7 litres per 100 kilometres (in front-wheel-drive form, with 19-inch wheels) – versus 6.1L/100km for all-wheel-drive diesel models.

Pricing for the Hyundai Santa Fe Hybrid and Kia Sorento Hybrid depends heavily on whether the manufacturers make the hybrid powertrains available on all variants, or just the flagship Highlander and GT-Line versions of each car.

Using Korean pricing as a guide, expect the front-wheel-drive hybrid options to command premiums of around $4000 to $5000 over equivalent 2.2-litre diesel variants, with a further $2000 for all-wheel drive – translating to prices of just over $70,000 before on-road costs for a flagship Santa Fe Highlander Hybrid AWD. 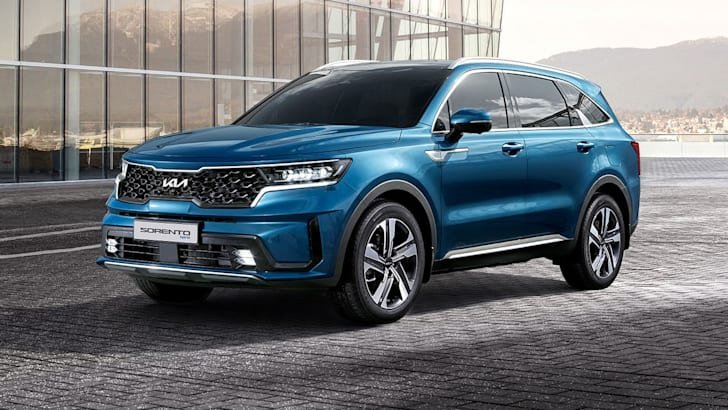 Buyers keen on an electrified Sorento before the end of 2021 will be able to opt for the plug-in hybrid model (bottom of story, in MY21 guise), due in showrooms as a Model Year 2022 vehicle in September or October 2021, wearing Kia’s new logo.

It pairs the same 1.6-litre turbo engine with an uprated 67kW electric motor and an enlarged 13.8kWh battery pack, delivering combined outputs of 195kW and 350Nm – sent to all four wheels through a six-speed automatic gearbox. A 57km all-electric driving range is claimed on Europe’s WLTP test cycle.

Stay tuned to CarAdvice and Drive for more on the 2022 Hyundai Santa Fe Hybrid and 2022 Kia Sorento Hybrid as their launches approach.