South African born designer Gordon Murray has unveiled an extreme track day only version of his spiritual successor to the McLaren, the T.50, as a tribute to late three-times Formula 1 champion, Niki Lauda, who died two years ago.

Limited to just 25 examples with production set to start in 2023, the T.50s Niki Lauda, according to Murray, was designed to be ultimate road-going supercar taken a step further with the eventual aim of  being the “best driver’s car for the track”. 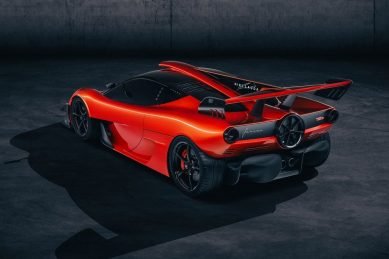 Appearing unsurprisingly similar to the McLaren F1 GTR that dominated GT racing in the early to late 90s, the T.50s sits 87 mm closer to the ground at the front and 116 mm at the rear than the standard model, while also sporting a new rear wing inspired by the Brabham BT52 that raced in 1983, a central fin spanning the engine cover, new adjustable front splitter and a revised diffuser.

Combined with the rear fan taken from another Murray design, the controversial Brabham BT46B ‘fan car’ that raced in and won its only event, the 1978 Swedish Grand Prix, with Lauda at the wheel before being banned, the T.50s is said to generate up to 1 500 kg of downforce despite tests having shown 1 900 kg, a figure downgraded for the production model in order to make it more “manageable for the owners”. 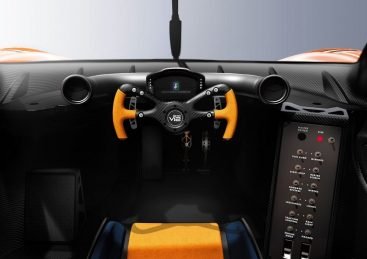 Despite the fan and indeed the carbon fibre moncoque being carried over from the T.50, the T.50s boasts a recalibrated rack-and-pinion steering, track specific springs, dampers and anti-roll bars, lightweight forged 18-inch alloy wheels with a centre lock and wrapped in Michelin slick tyres that weigh six kilograms less than a Formula 1 wheel, and the same Brembo brakes. Along with carbon fibre panels, the T.50s ticks the scales at 852 kg, a drop of 134 kg from the T.50.

An additional central key factor to the lowered weight is a stripped-out interior with the central driving position being retained, characterised by a rectangular carbon fibre steering wheel, a small digital display in place of the traditional cluster, periscope style air vents on both sides and an angled vertical control panel. 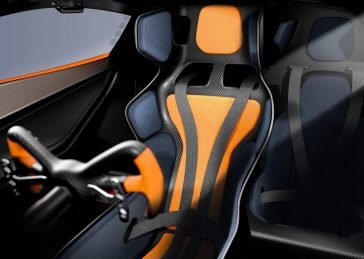 Residing at the back is the same normally aspirated 3.9-litre V12 developed by Gordon Murray Automotive and Cosworth, albeit with updated camshafts and cylinders, a new straight-through exhaust system and a Ram airbox mounted on the roof aimed at providing better cooling.

Hooked to an Xtrac six-speed paddle shift gearbox designed specifically for it by the British firm, the T.50s produces 523kW/485Nm, an uptake of 35kW/18Nm over the standard T.50. The former’s maximum delivered at a dizzying 11 500 rpm, the T.50s has a reported top speed of between 320 and 338 km/h, but according to Murray, the selection of optimised ratios for shorter tracks results in the v-max falling to 274 km/h. No acceleration figure was revealed. 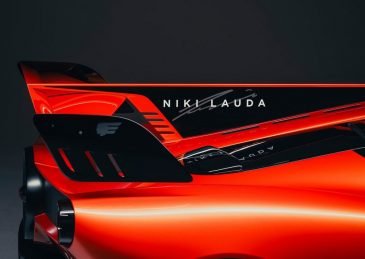 Set to be priced from £3.1-million (R64-million) each of the 25 T.50s Niki Lauda’s chassis will be named after Murray’s 25 Formula 1 victories, the first being Kyalami 1974 in commemorating Carlos Reutemann’s victory at the wheel of the Brabham BT42 that year. Each buyer will also have the option of a different livery and colour for their T.50s, as well as the recipient of a commissioned book about the race the respective chassis is named after containing also Murray’s view and memories.