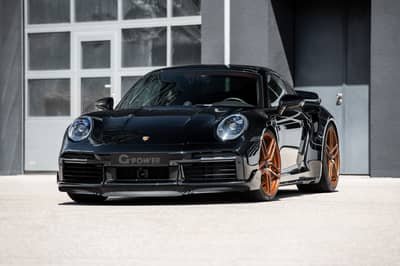 The latest 992-gen Porsche 911 Turbo S is the most potent 911 ever built. Its 3.8-liter twin-turbo flat-six puts out a whopping 640 horses and 590 pound-feet of twist. But what if it were given a boost in power? Indeed, Brabus has tuned the 911 Turbo S Cabriolet to deliver a total of 820 horsepower. But today, we have another 911 Turbo S from G-Power, and the brand claims to have done some insane tuning to make the flat-six engine produce a whopping 800 horses. The German tuning brand’s reputation has remained untarnished for over 40 years and is best recognized for its Mercedes-AMG and BMW M modifications. However, it is the brand’s first attempt at the best performance car from Porsche.