The BMW iNext concept has been leaked on an enthusiast forum ahead of its official debut.

Low resolution versions of what seem to be official press photos of the concept car were posted overnight on Bimmerpost forum by user Enl. Going on what’s been teased so far, these images seem to be the real deal. 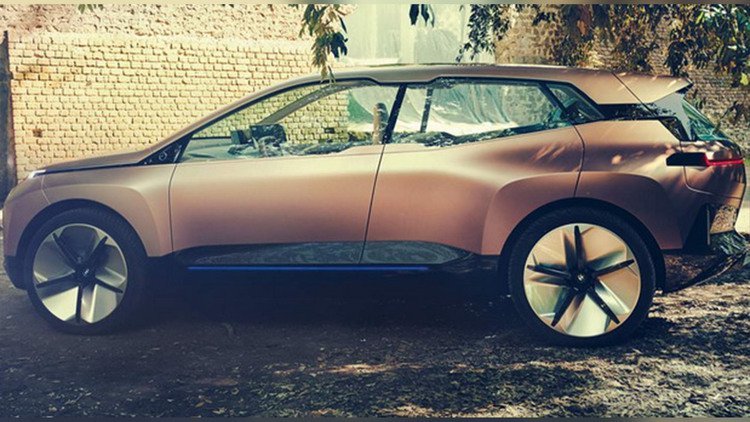 The concept car previews a production vehicle due in 2021, and features bold styling true to the BMW i sub-brand, as well as many of the design features commonly found on concept cars, such as missing door handles and wing mirrors.

Up front the iNext features a new take on the company’s famous double-kidney grille, combining the general design first seen on the iX3 Concept, the X5’s imposing height, and a narrowness reminiscent of the pre-war 328 race car.

Along the sides the iNext has smooth surfacing, frameless windows with double-kidney design, and squared-off wheel arches. At the back the concept features a clamshell tailgate and a large gloss black diffuser.

The interior takes the themes established by the i3 to a higher price point with plenty of wood for the arm rests, floor and dashboard. The cabin also features screens large enough for a living room and not a single button in sight.

Earlier this year, Harald Kruger, BMW’s CEO, laid out the company’s electric car plans, which begin with the iX3 in 2020, and will be followed up by the iNext and i4.

BMW is planning to use four electric powertrains throughout its lineup, ranging from 100kW to over 300kW. Battery packs will be available in 60kWh, 99kWh and 120kWh capacities.