The DS3 Crossback has been revealed this week in Europe, headlined by the availability of an all-electric powertrain along with the brand’s latest convenience and driving technologies.

Based on the PSA Group’s Common Modular Platform (CMP), the DS3 Crossback shares its architecture with the upcoming next-generation Peugeot 208 and Opel/Vauxhall Corsa.

DS pitches its smallest crossover model as “both a city car and a long-distance road car”, touting the vehicle’s high levels of available tech and “unequalled acoustic excellence”. 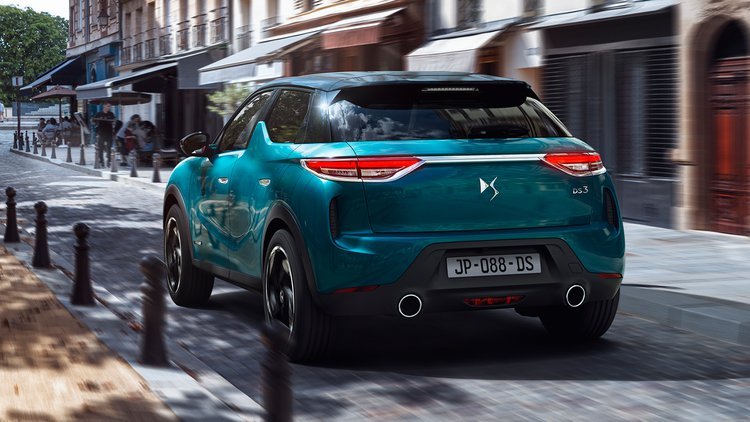 The eccentric exterior design may not appeal to all, but you can’t deny the DS3 Crossback stands out from the crowd.

Eye-catching design touches include flush-fitting door handles (a-la Tesla), the lack of a visible aerial, a side ‘shark fin’ motif on the B-pillar, and large chrome-finished dual tailpipes for combustion-powered models.

Various colour and trim options are available so customers can tailor their specification to their liking, including contrasting roof colours and diamond-quilted leather.

All up there are 10 body colours, three roof colours, and 10 different wheel ‘themes’.

Inside, there’s a 10.3-inch touchscreen infotainment system, a fully-digital driver’s instrument cluster, and a head-up display on offer, along with an available 12-speaker Focal Electra sound system.

Like the wide range of exterior colour options, buyers will be able to choose from five interior personalisation options, including the distinctive quilted trim you see here.

As for driver assistance, the DS3 Crossback is available with an array of high-end technologies, including autonomous emergency braking with pedestrian detection, an automated parking assistant, and ‘DS Drive Assist’ – incorporating adaptive cruise control and lane-keep assist systems to offer semi-autonomous capability between 0 and 180km/h. 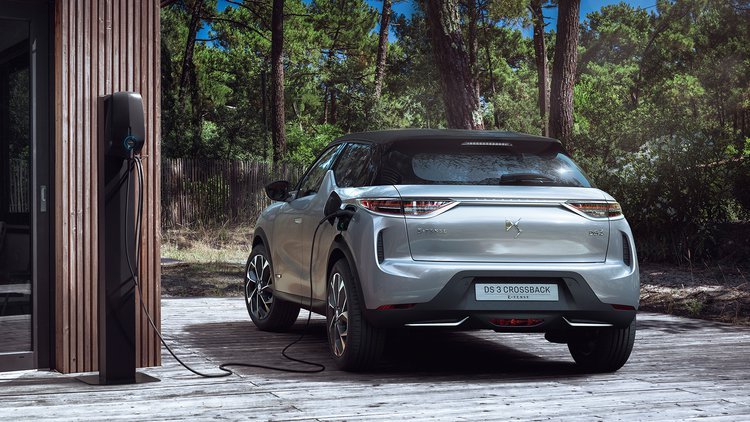 In terms of motivation, the DS3 Crossback line-up is headlined by the E-Tense variant (above), the first all-electric vehicle to be produced by DS.

Power in the EV version comes from a 100kW/260Nm electric motor, hooked up to a 50kWh lithium-ion battery pack mounted under the floor. DS claims the DS3 Crossback E-Tense can travel “more than 300km (186mi)” on the WLTP testing cycle.

The E-Tense model can also sprint from 0-100 in 8.7 seconds, and is capable of replenishing 80 per cent charge in 30 minutes using 100kW fast charging.

Three- and four-cylinder petrol engines making up to 155hp (115kW) are available, along with a 100hp (74kW) 1.5-litre turbo-diesel. The top-spec petrol engine is also available with an eight-speed automatic transmission – details of the other powertrains aren’t available at this stage. 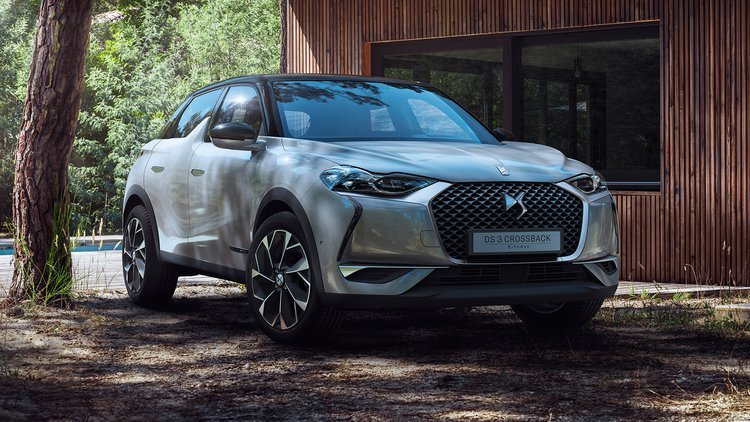 The DS3 Crossback will launch in Europe during the second half of 2019, but don’t expect to see it Down Under.

“DS and its associated vehicles are currently not under consideration for Australia. Our focus for the immediate future is Peugeot and Citroen,” a spokesperson from Peugeot Citroen Australia told CarAdvice.

The last DS model to be offered locally was the limited-run DS4 Crossback in 2016, which was limited to an initial run of 25 units.

Click here for more images, and let us know what you think in the comments!